You probably want to find new ways to attract patrons to your café when the temperatures soar outside during summer. Air conditioning is a great way to get people to cool off while drumming up commercial business for your café. But choosing between ducted and split air conditioning can be daunting when you haven't done it before. Follow this guide:

From a visual appeal perspective, ducted air conditioning is usually the more preferred option because it is tucked away inconspicuously behind ceilings and walls while servicing the entire café efficiently. On the other hand, a split unit protrudes outwards over your wall and will be obvious in your café. While not unattractive, if you pride your café business on ambient aesthetics, then a split system unit may not be the best idea for you. Moreover, ducted air conditioning is also usually less noisy than a split unit.

It's no secret that ducted air conditioning is more expensive than split units because of the series of ducts that need to be installed into the walls and ceilings to keep the space cool. On the other hand, a split system is a much cheaper and more cost effective option for café owners who simply don't have the budget to spare. The type of construction around your café will also play a role in the installation costs, where brick is more expensive to penetrate through than flexible weatherboard for ducted.

Size Of The Café

Ducted works best when the café is large, but may not produce the same effect for smaller cafes that would likely benefit more from split air conditioning systems used to cool specific areas. However, if you have a large café, then a ducted system would likely work better for you because it can cool the entire space more evenly.

The long-term cost of running your air conditioning unit should also play a role in your decision-making process. While ducted maintains an even temperature throughout the café, they tend to be a little more expensive to run over the long term because of the higher amount of power consumed. On the other hand, you can use splits based on where people are seated in your café over the course of the day, which could end up being more affordable for the long haul.

The choice between ducted and split system cooling will depend on the way your café is set up, its size and your budget. Let these considerations guide your final decision. Contact a commercial air conditioning service for more information and assistance. 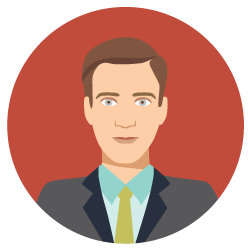